Hong Kong’s deadliest coronavirus outbreak has claimed around 6,000 lives this year – and the city is now running out of coffins.

Authorities have rushed to order more, with the government saying 1,200 coffins had recently arrived in the city and more are on the way.

Space constraints make cremation a common funeral practice in the densely populated island territory off mainland China, and coffins are usually made of wood or wood substitutes.

To meet their shortage due to the Covid-19 toll, some companies are offering alternatives such as an ecological cardboard coffin.

A worker placing a blanket over a paper coffin at the factory.

LifeArt Asia offers cardboard caskets made from recycled wood fibers which can be personalized with designs on the outside. In its factory in Aberdeen, a district in southern Hong Kong, up to 50 coffins can be produced per day.

CEO Wilson Tong said there was still some resistance to using cardboard coffins.

“(People think) it’s a bit shameful to use so-called paper coffins. They think it’s very respectful to their loved ones,” Tong said. the casket can even have a custom color.

“It gives people more than enough choice, and so they can personalize the funeral and deliver a more enjoyable farewell without the fear of death.” 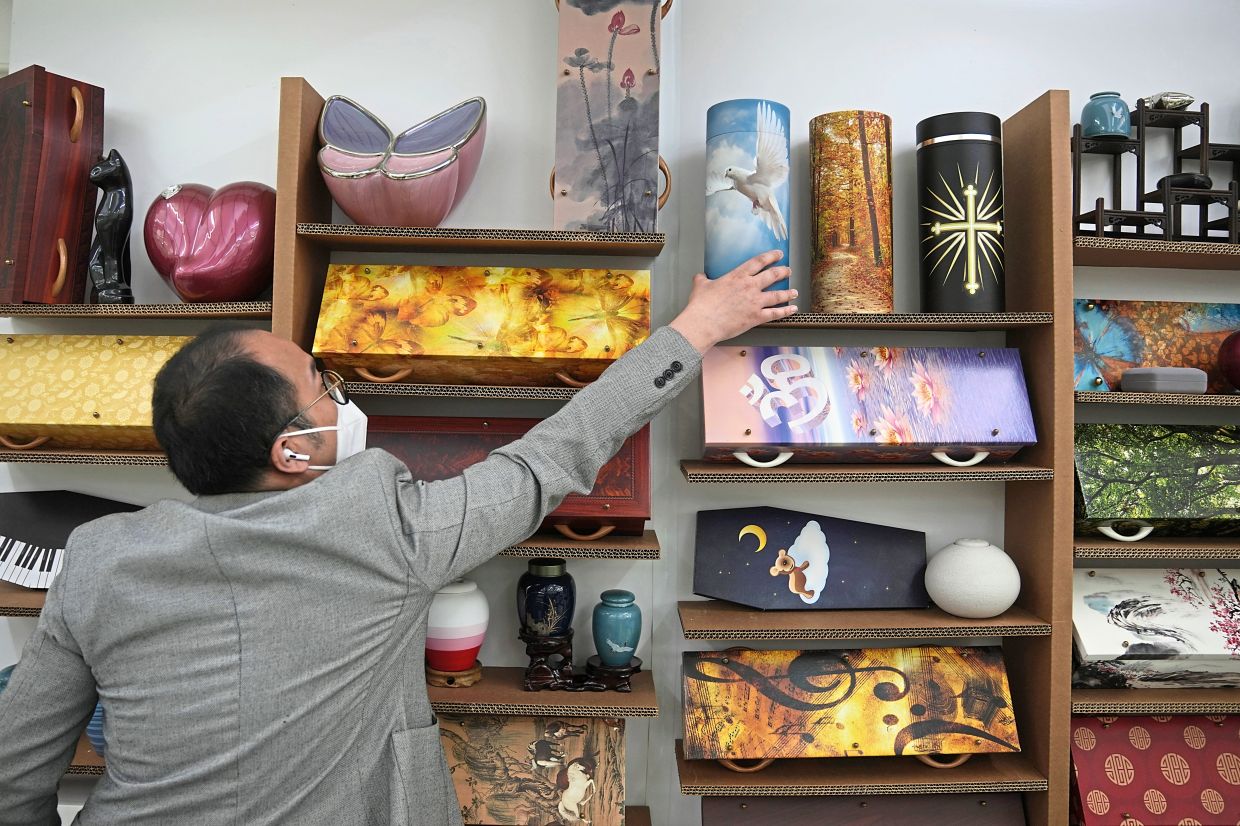 Tong taking the paper coffin models to the factory of LifeArt, a Hong Kong company that makes alternative cardboard coffins.

The company claims that its cardboard coffins, when burned during cremation, emit 87% fewer greenhouse gases than those made of wood or wood substitutes. Each LifeArt coffin weighs approximately 10.5 kg and can carry a body weighing up to 200 kg.

Hong Kong has reported around 200 deaths a day on average over the past week (fourth week of March) as many unvaccinated elderly residents die from Covid-19. The wave has put a strain on morgues and refrigerated containers are being used to temporarily store the bodies.

“We have been promoting environmentally friendly and personalized funerals. Now we see that Hong Kong needs more coffins. There are not enough coffins for bodies in our hospitals,” said Albert Ko, director of Forget Me Not’s Board of Directors.

Ko said some of the seniors who have discussed their final rites with the organization have been open-minded and welcoming to the idea of ​​eco-coffins.

“We hope to take this opportunity to contribute and promote eco-coffins,” he said. – PA